Maud is a modern, stylish, and different cutlery design. With a matt sandblasted surface, Maud creates a unique and elegant expression. Maud will inspire you to use the mealtime as a family gathering place. 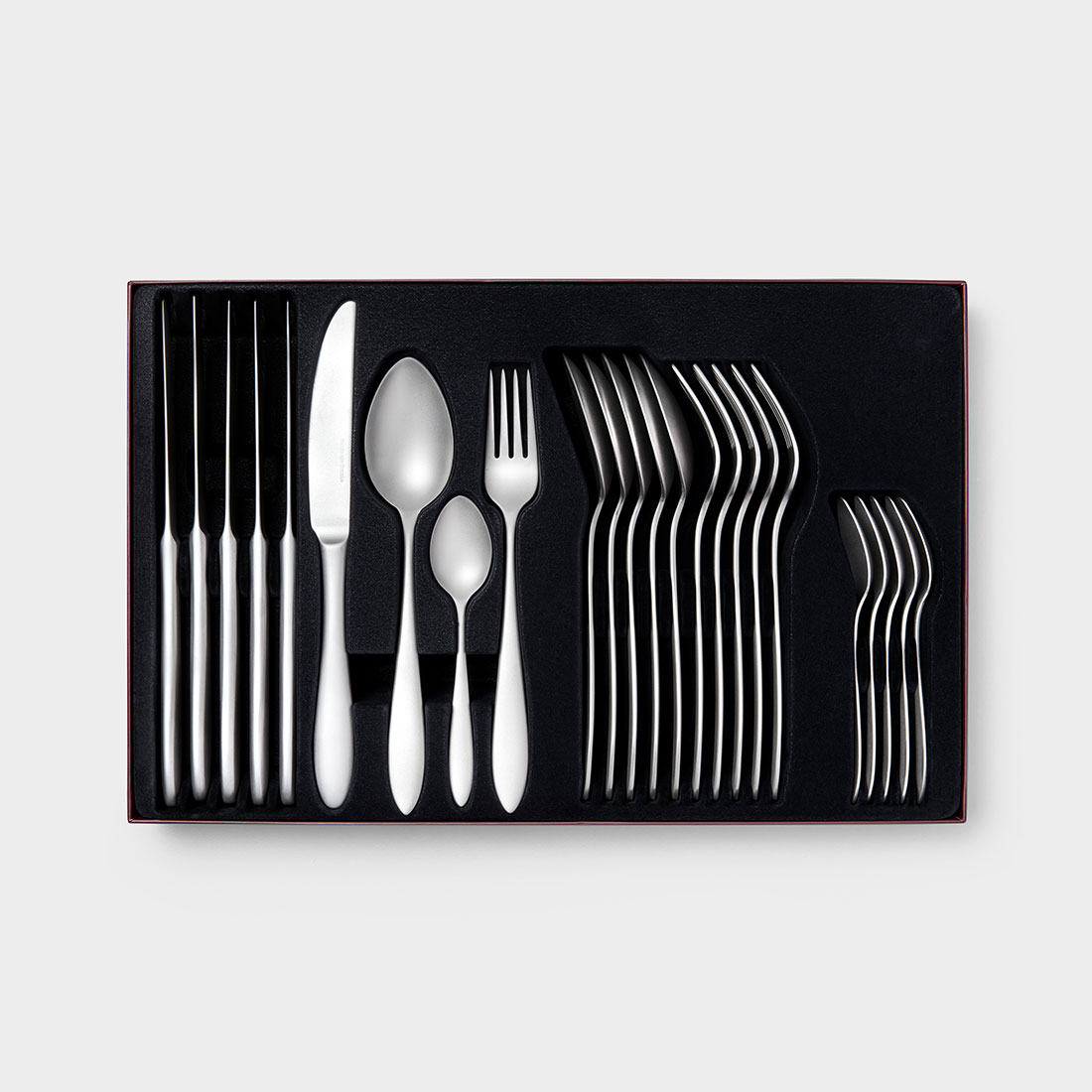 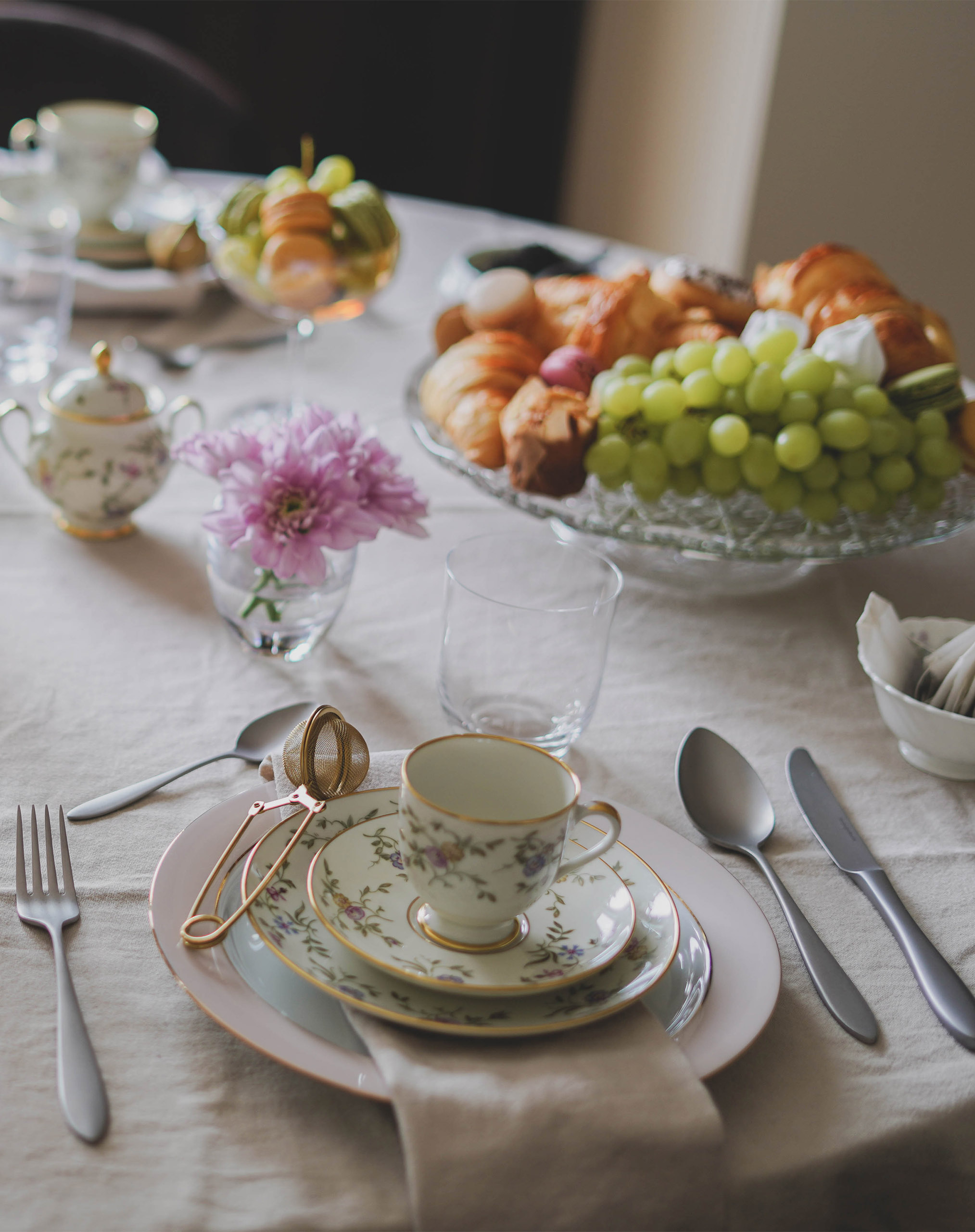 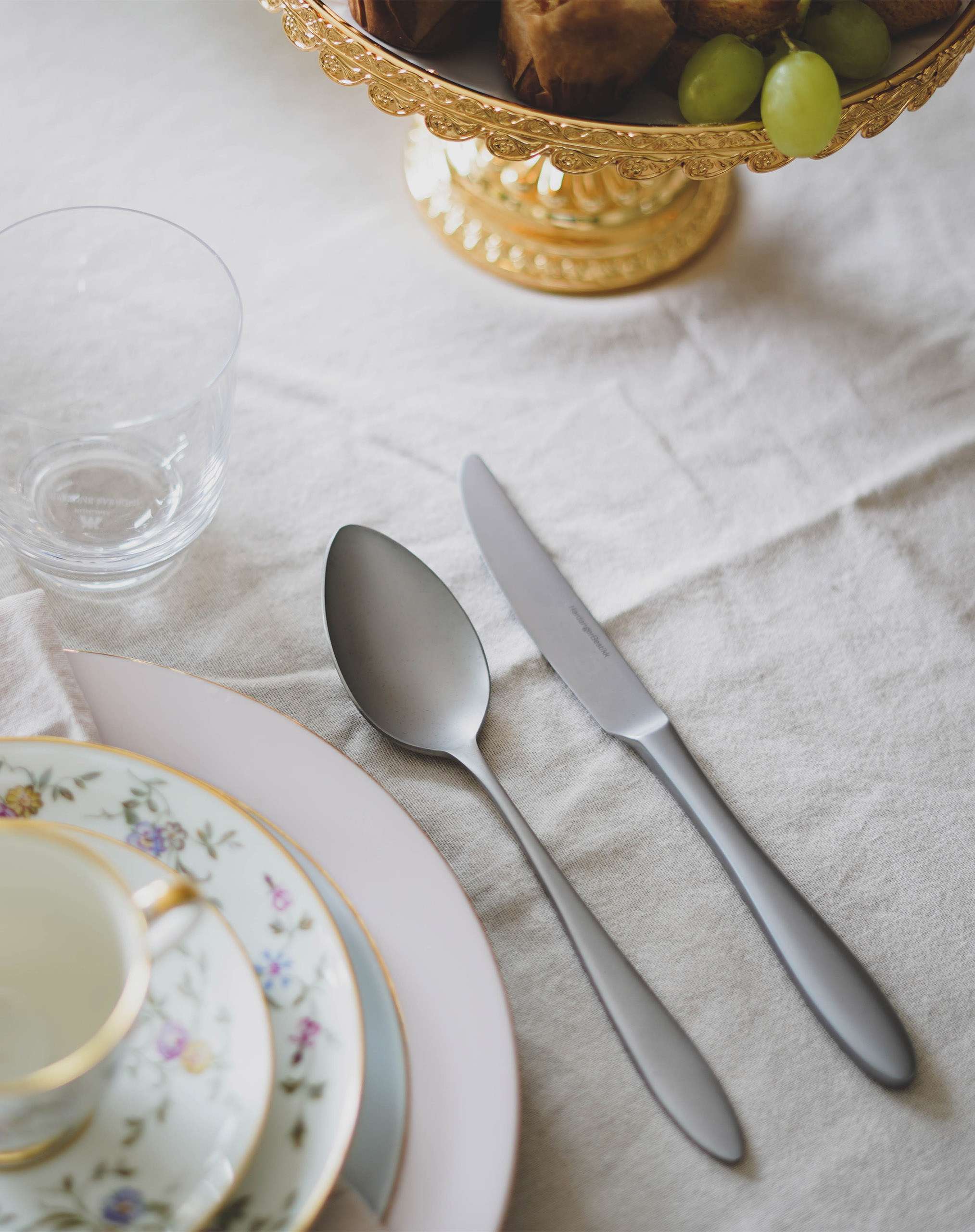 Most designs from the Hardanger range are named after girls in the family, or girls who are close to the family. Maud, on the other hand, is one of the exceptions. Nevertheless, the name has great significance for us at the Hardanger brand. How?

Maud is inspired by Norwegian nature, which is one of the core values for us as a brand. We are proud of who we are and where we come from. The name should therefore be a tribute to our Norwegian origins and identity.

Maud was the first queen of Norway after the dissolution of the union with Sweden. After a visit to Hardanger, Queen Maud received a Hardanger Regional Costume, called “Hardangerbunad” as a gift. She proudly wore the Costume immediately.

The photograph of Queen Maud in her Hardangerbunad flourished in the Norwegian country and was printed on postcards and posters. We do not know how often Maud wore her Bunad, but she still went down in history as a strong symbol.

We were in no doubt. Norwegian design in a unique costume – welcome Maud. 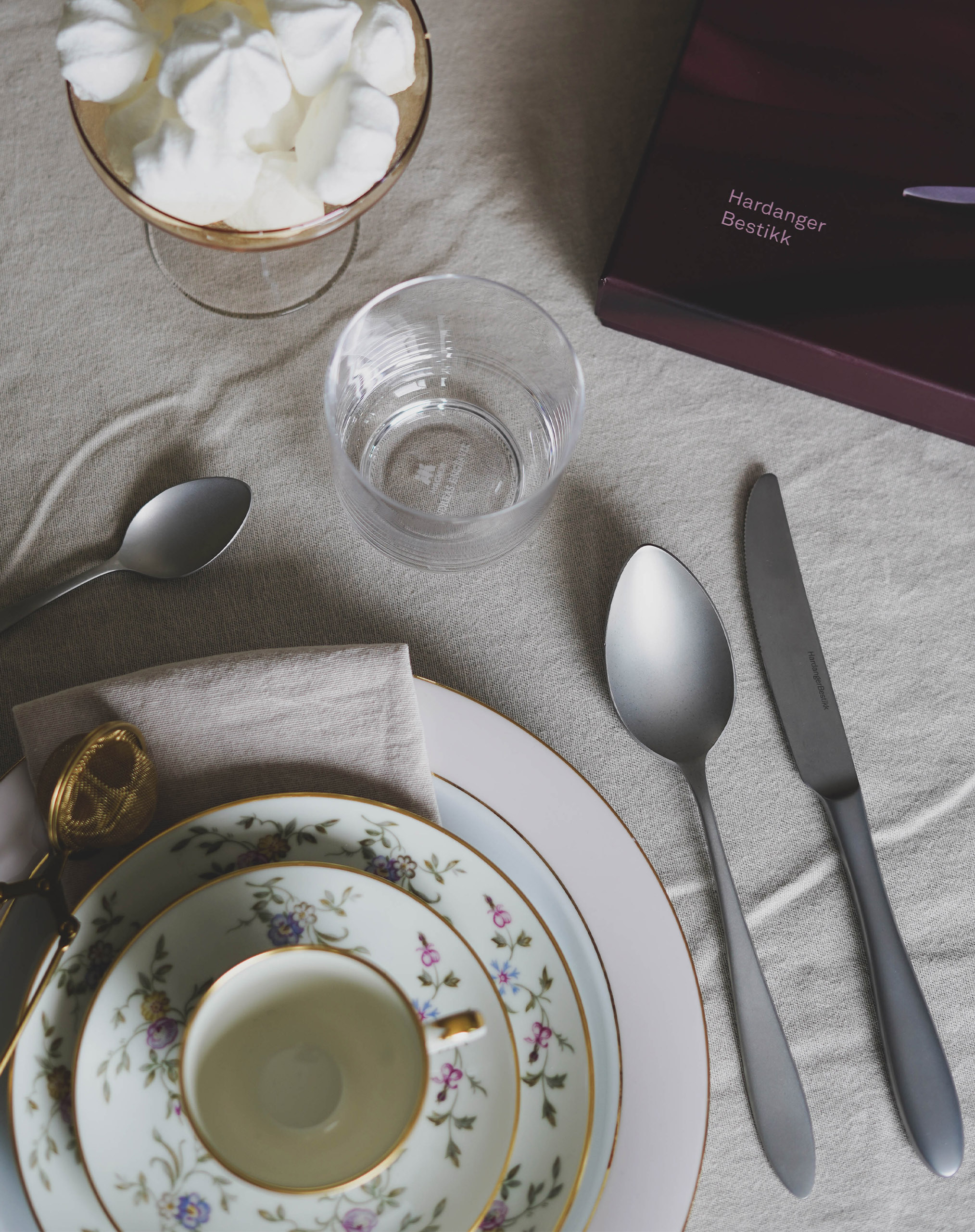 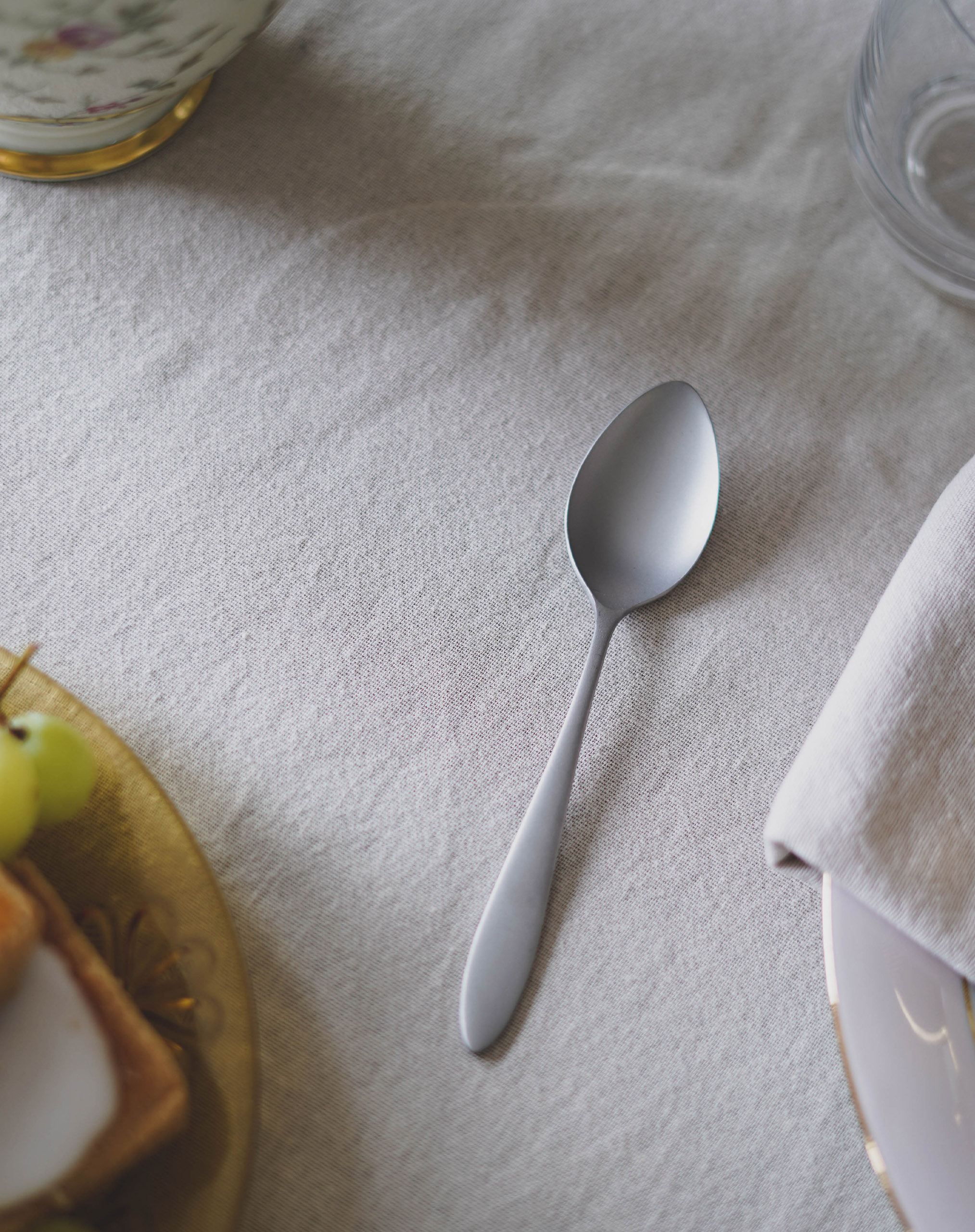 The turn of the millennium marked a change for the Hardanger brand. In the past, cutlery was often characterized by patterns and many details, but now Scandinavian minimalism also emerged.

In line with Scandinavian minimalism, Maud has clean, elegant lines and a focus on functionality through tactile properties. The production process is also a decisive factor when it comes to the cutlery’s functionality. The steel is heat-treated to about 400 degrees, before it is quickly cooled. This means that the cutlery is hardened and durable before the steel is then highly polished. In the last stage of the production process, the cutlery is sandblasted with micro glass minerals. This is what gives Maud the unique, matt surface, which fits perfectly into Scandinavian homes. 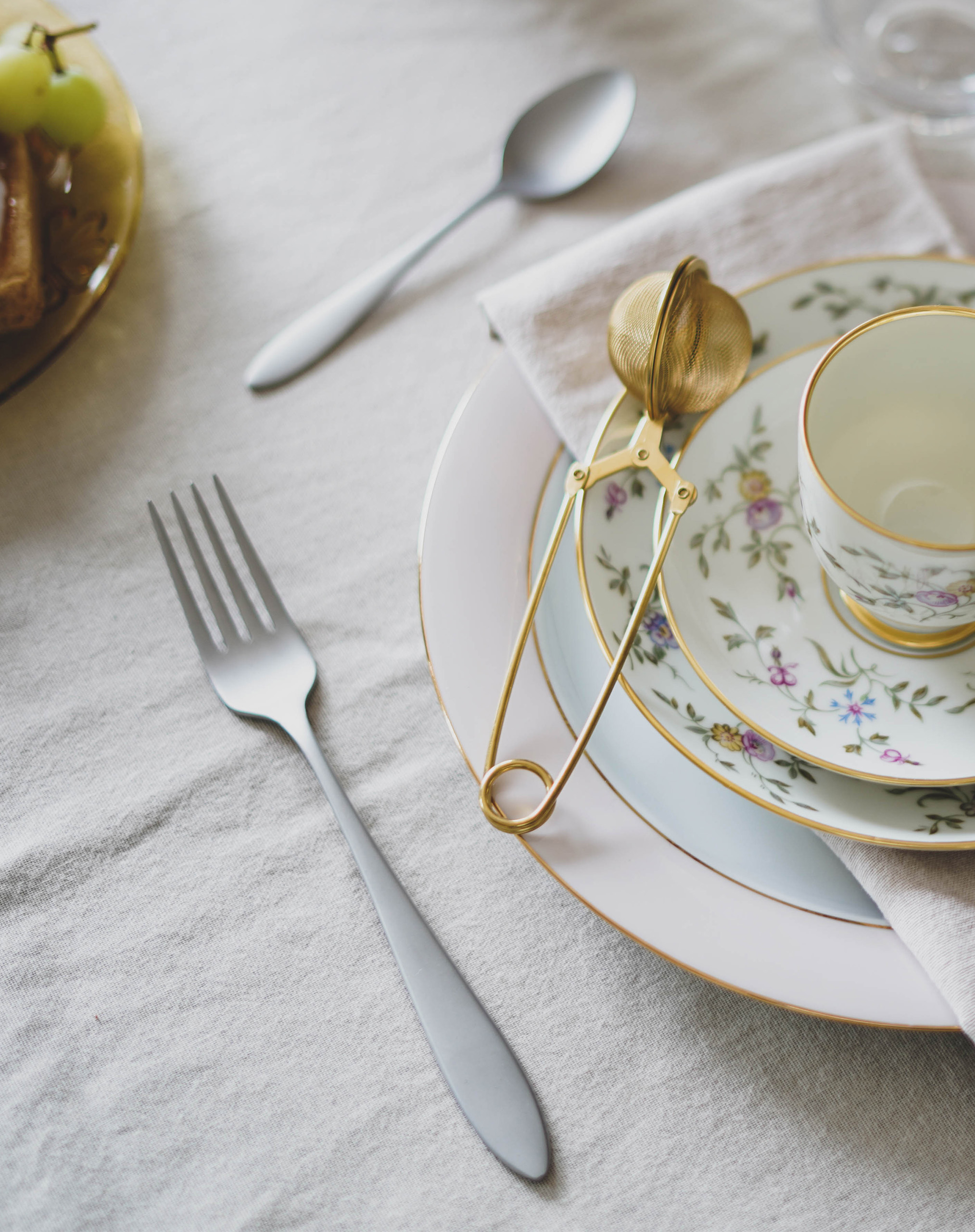 How to decorate with Maud?

Maud is a minimalist design but has a special surface. This makes Maud fit into both modern and traditional discoveries. The cutlery stands out in the crowd and will therefore spice up any party table. The sandblasted surface makes the cutlery durable, which makes Maud the perfect everyday cutlery. The possibilities are many. We were inspired by the story of Maud in our table setting. How do you want to decorate with Maud?

All our designs contain 18% chromium and 10% nickel, which is stainless steel. The quality of the cutlery is durable, which means that you can use the cutlery for every occasion. Maud can be cleaned in the dishwasher, but it is still recommended to rinse the cutlery well in advance to avoid stains on the cutlery. You can read more about cutlery maintenance here.

Remember that there is a 10-year guarantee on all our products. To take better care of the cutlery, we recommend using a cutlery bag. They take up little space in the cupboard and contribute to longer life of the cutlery. 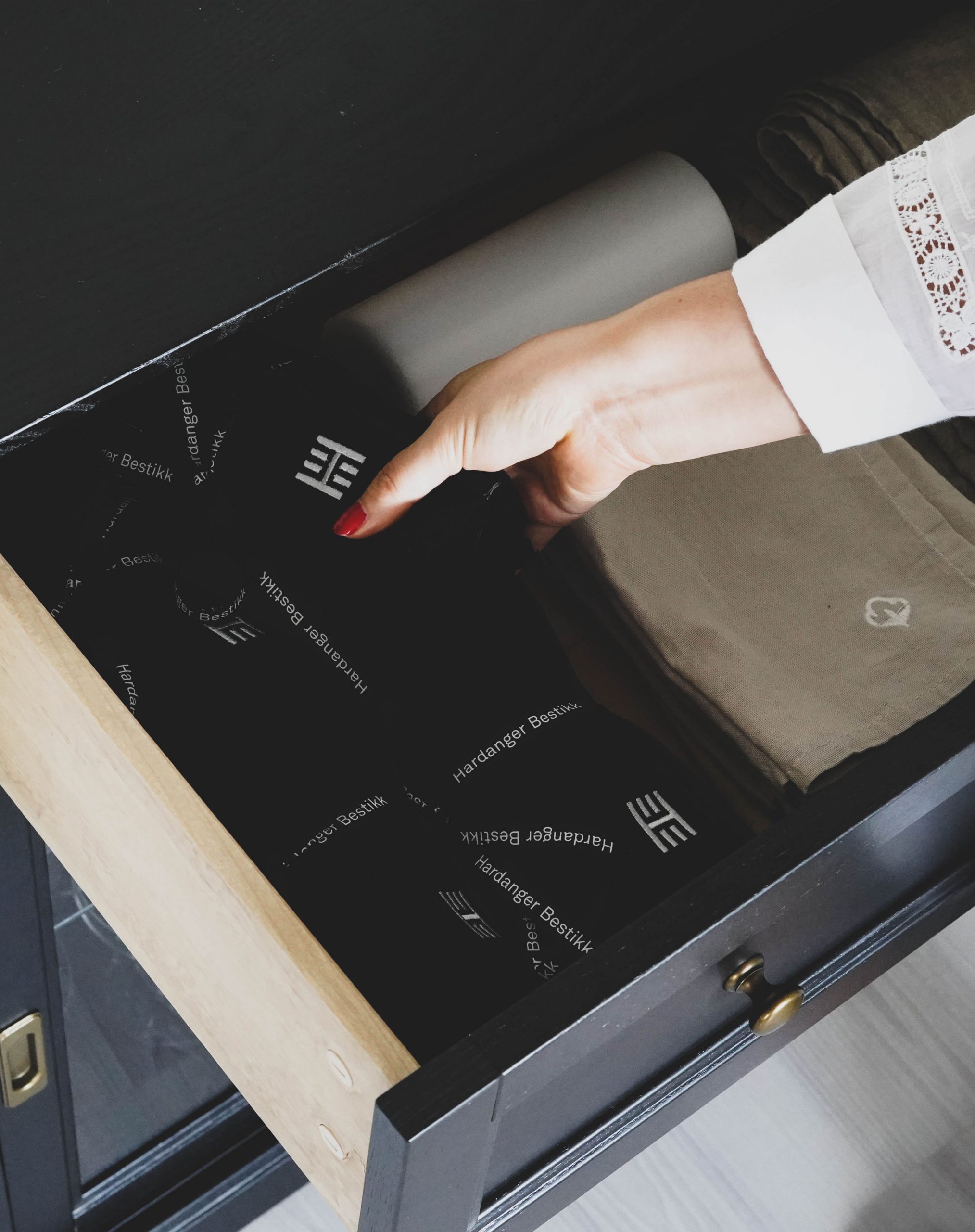 Characterized by functionality and minimalism